'Digital Gardening' and what came before...

from a poetic perspective

It started with watercolor drawings and paintings (1994 - 1995) as reflections on daily activities, artistic approach and actualities coming from media in relation to identity. This developed into a series of computer based documents.

Words and spoken language had always been a significant part in my artistic articulation and after a development from two-dimensional to multimedia, where titles were a significant part of the work instead of names given to a work, it later resulted in audio-visual works. At that time I was also interested in building an artistic strategy apart from a certain medium or a combination of media, because it came to me that the core of my artistic profession was not the production of artifacts, but rather 'connecting' and 'communication'. 'Understandability' is a significant factor in communication and I started investigating the (im)possibilities of 'universal language'. This concern was worked out in 'Hochfrequente Deutsche Wortformen' (published on DVD in 1998). It's an auditive piece that sounds like a poem being read, but it basically focuses solely on transmitting the auditory values of spoken sentences in story telling: Although information seems to be transmitted, it is in fact a spoken composition consisting only of adjectives.

The idea of 'messaging' through visible word content got 'twisted' and 'stretched' in the 'Visible' project, that started in 2012 with word based (conceptual) video 'Nicht jeder kann mich lesen' which is German for 'Not everybody can read me'. Here meaning is incorporated in the message, even if we don't speak the language.


In 2015 the 'reflections' were disguised into posts on Facebook, as part of 'Visible II' project. Using the given technical possibilities to intervene and stretch the formal meaning of the social media platform. Now 'titles' had become body and content, as the written word was transformed into image and presented in a 'comorbid' relationship with its host; the digital design of the platform. 'Visible' also got materialized and was part of another presentation of the same art space in Berlin. More about the project here.

In 2017 photo editing applications for smart phones became the main generator for a series of images. In the beginning they were created for the main purpose of internet where they were published. This series went under project title 'There is no meantime', which reflects the concept that everything is constant movement and each moment is to be seen within that context, although every moment may be looked upon as a certain 'complete'. This series came into existence through digitally 'processing' images and information  coming to us in daily life through media, combined with happenings in personal life (like for instance real gardening or parasites found in food). This way a seemingly unrelated series of sequence grew, suggesting movement if placed after one another. Like in the line of previous works, they can be processed into animations. Words sometimes are integrated, at other times they play the leading role. These creations exist in the line of all endless messages, comments and opinions related to actual happenings, as a form of personal expression and need for communication, often next to or following the very 'private', accessible to everybody through the internet. Apart from the concept of 'Towerama', regarding a possible unification through presentation, concerning the first watercolor series, these individual visualizations had no direct relationship between one another in the sense of 'a whole' taken into concern. 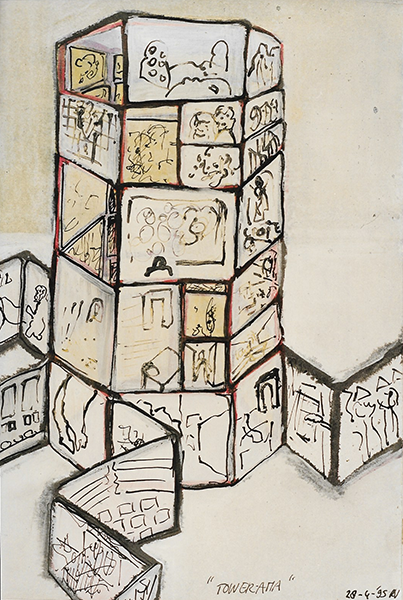 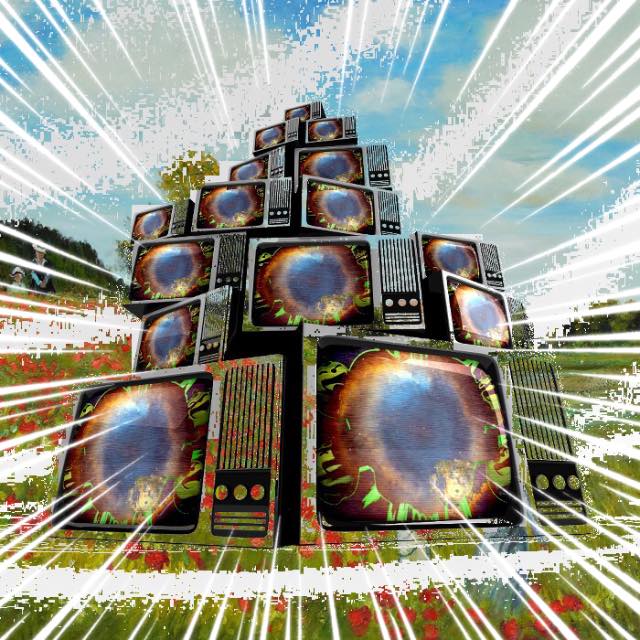 A year later, in 2018, the 'Digital Gardening' project started, as an ongoing cycle of intertwining series that can be transformed into countless video's of numerous possible scenarios. They can exist and complete each other within an ever changing context. This idea transforms the first concept of the 'Towerama', both being a non-linear proposal for a flexible sculptural presentation of two dimensional, or in the last case of non-material work. It's based upon contextualization through a 'constellation' (for instance digital displays), allowing diversity and growth.

In this line the 'Digital Gardening' project finds continuation. This blog is intended to host moments of the ongoing process. 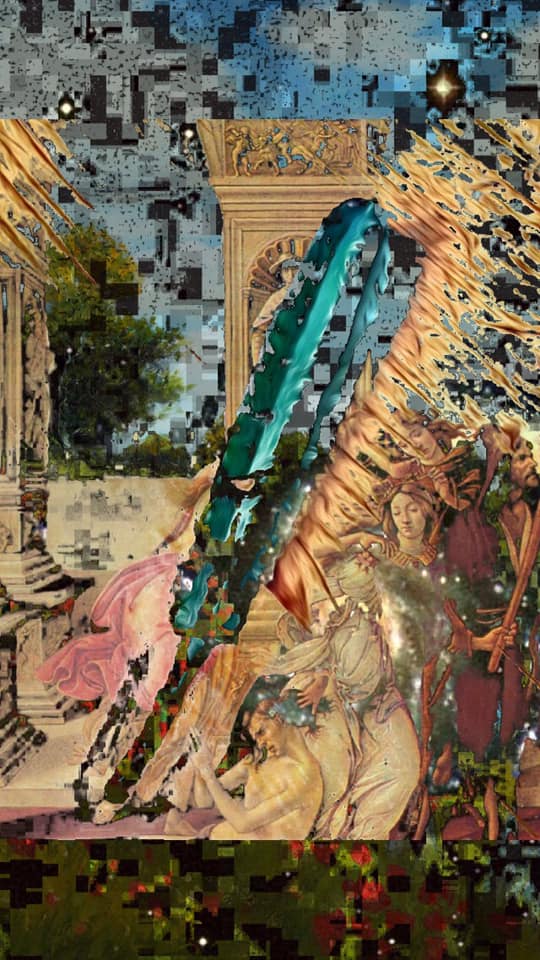 'Plastic Cactus' in 'The Garden'